Elders have always been the ones whose wisdom and big-picture perspective, forged in the fires of experience, have been critical to remind their societies of the importance of making decisions with the wellbeing of descendants foremost in mind.


Elders have channeled the voices of future generations calling for a healthy world and society in which to live and thrive. With life expectancies being much shorter throughout most of human history, people who lived into elderhood were a relative rarity. In contrast, millions of us around the world are entering our sixties at a unique time in history. By and large we are living long lives. The world needs the wisdom and gifts of all its citizens as we stand on a narrow edge between transformation and collapse, and the elder wisdom in each of us is seeking expression in a society that provides few structured means for this.

This soul-derived expression of the gifts we are called to give is the powerful positive legacy we have the opportunity to leave in our elderhood. I believe that at the core we are spiritual beings living within bodies and personalities. Each of us has a gift to give to life, a gift that is grounded in both our outer talents and wisdom, and in the spirit or soul within.

This gift is our calling. Some of us have a strong sense of connection to the calling from that deepest, most authentic source within us. Uncovering this fount of vision for our later chapters is the opportunity and the work of those committed to living this phase of life consciously. The more we are able to do so, the more likely we are to tap into the sense of purpose and passion that can make all the difference in how we age, physically, emotionally and spiritually. Passion and purpose are the stuff of which elder legacy is made.

There is a common misperception that legacy, purpose, and calling are necessarily equated with large visible projects, actions, commitments. For some of us that is the case. For others, our elderhood calls us to less visible ways of being and serving. What is most important are those qualities of presence, open-heartedness, authenticity, trust and peace that we bring to whatever we choose to do, to however we offer our gifts.

The adage is true that the impact we have upon others and what they will remember about us—a good definition for legacy—has much more to do with the kind of person we are than the deeds we do. When we bring these life-enhancing qualities to our days, we are shining a critical light in the darkness. This light can directly touch many, as in social and environmental action. Or it may directly touch fewer, as in offering our love, wisdom and presence to grandchildren or young people who look to us as mentors, helping them to let their own light shine.

Chapter 13. Aging and the Elderly

Perhaps the worst moment in my young but flailing career came at age 22, when I was performing at Carnegie Hall. While delivering a short speech about the music I was about to play, I stepped forward, lost my footing, and fell off the stage into the audience. On the way home from the concert, I mused darkly that the experience was surely a message from God.

But I sputtered along for nine more years. I took a position in the City Orchestra of Barcelona, where I increased my practicing but my playing gradually deteriorated. Eventually I found a job teaching at a small music conservatory in Florida, hoping for a magical turnaround that never materialized. Finally I had to admit defeat: I was never going to turn around my faltering musical career.

Introduction to Aging and the Elderly

So at 31 I gave up, abandoning my musical aspirations entirely, to pursue a doctorate in public policy. Life goes on, right? 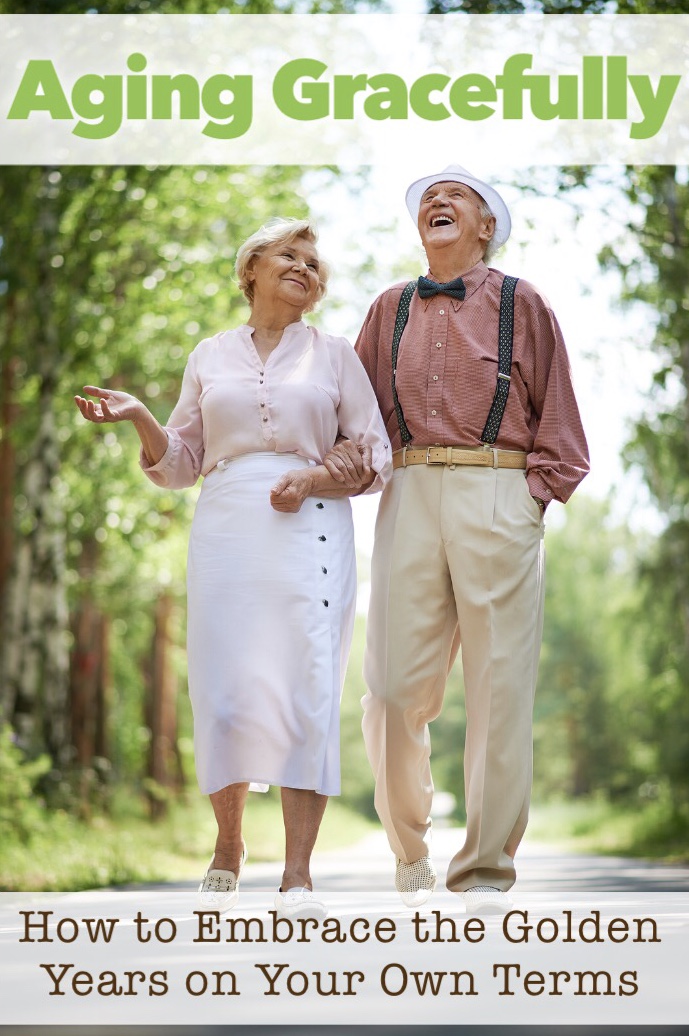 Sort of. After finishing my studies, I became a university professor, a job I enjoyed. But I still thought every day about my beloved first vocation. Even now, I regularly dream that I am onstage, and wake to remember that my childhood aspirations are now only phantasms. I am lucky to have accepted my decline at a young enough age that I could redirect my life into a new line of work. Still, to this day, the sting of that early decline makes these words difficult to write. W ill it happen again?

In some professions, early decline is inescapable. No one expects an Olympic athlete to remain competitive until age But in many physically nondemanding occupations, we implicitly reject the inevitability of decline before very old age. Sure, our quads and hamstrings may weaken a little as we age. But as long as we retain our marbles, our quality of work as a writer, lawyer, executive, or entrepreneur should remain high up to the very end, right? Many people think so.

The data are shockingly clear that for most people, in most fields, decline starts earlier than almost anyone thinks. So if you start a career in earnest at 30, expect to do your best work around 50 and go into decline soon after that. The specific timing of peak and decline vary somewhat depending on the field. His findings can be summarized by this little ditty:. The author of those gloomy lines? Paul Dirac, a winner of the Nobel Prize in Physics.

Shamanic Wisdom for Finding the Gold in Your Golden Years

Dirac overstates the point, but only a little. Looking at major inventors and Nobel winners going back more than a century, Jones has found that the most common age for producing a magnum opus is the late 30s. Are there outliers? Of course. But the likelihood of producing a major innovation at age 70 is approximately what it was at age 20—almost nonexistent. Much of literary achievement follows a similar pattern.

Simonton has shown that poets peak in their early 40s. Novelists generally take a little longer. When Martin Hill Ortiz, a poet and novelist, collected data on New York Times fiction best sellers from to , he found that authors were likeliest to reach the No. Despite the famous productivity of a few novelists well into old age, Ortiz shows a steep drop-off in the chance of writing a best seller after the age of Some nonfiction writers—especially historians—peak later, as we shall see in a minute.

Entrepreneurs peak and decline earlier, on average. After earning fame and fortune in their 20s, many tech entrepreneurs are in creative decline by age Subsequent research has found that the clustering might be slightly later, but all studies in this area have found that the majority of successful start-ups have founders under age This research concerns people at the very top of professions that are atypical.

But the basic finding appears to apply more broadly. Other research has found that the best-performing home-plate umpires in Major League Baseball have 18 years less experience and are 23 years younger than the worst-performing umpires who are Among air traffic controllers, the age-related decline is so sharp—and the potential consequences of decline-related errors so dire—that the mandatory retirement age is In sum, if your profession requires mental processing speed or significant analytic capabilities—the kind of profession most college graduates occupy—noticeable decline is probably going to set in earlier than you imagine.

I f decline not only is inevitable but also happens earlier than most of us expect, what should we do when it comes for us? Whole sections of bookstores are dedicated to becoming successful. But some people have managed their declines well. Consider the case of Johann Sebastian Bach. Born in to a long line of prominent musicians in central Germany, Bach quickly distinguished himself as a musical genius. In his 65 years, he published more than 1, compositions for all the available instrumentations of his day.

Early in his career, Bach was considered an astoundingly gifted organist and improviser. Commissions rolled in; royalty sought him out; young composers emulated his style. He enjoyed real prestige. As classical music displaced baroque, C. Bach easily could have become embittered, like Darwin.

Instead, he chose to redesign his life, moving from innovator to instructor. He spent a good deal of his last 10 years writing The Art of Fugue , not a famous or popular work in his time, but one intended to teach the techniques of the baroque to his children and students—and, as unlikely as it seemed at the time, to any future generations that might be interested.

lameanmooter.tk In his later years, he lived a quieter life as a teacher and a family man. Both were preternaturally gifted and widely known early in life. Both attained permanent fame posthumously. Where they differed was in their approach to the midlife fade. When Darwin fell behind as an innovator, he became despondent and depressed; his life ended in sad inactivity. When Bach fell behind, he reinvented himself as a master instructor. He died beloved, fulfilled, and—though less famous than he once had been—respected.

A potential answer lies in the work of the British psychologist Raymond Cattell, who in the early s introduced the concepts of fluid and crystallized intelligence.